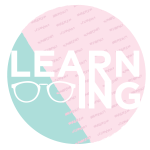 I recently completed a Masters and, as part of this, an action research project. It was a lot of work, cost me a few pennies and is sat alone, in a desktop folder.

I am going to try to share it here, the background, the research, the project and the outcomes. It may remain alone, and that’s ok, but there’s more chance of it making friends here than there.

Now, by doing this, I am not proclaiming to be an expert, or that this here is absolute, I got a merit and not a distinction and tried my best (that’s all one can ever do right?) At this stage, I am not even sure how to translate an 81 page document into a useful blog post. I am a sharer (see about me) and I love to learn from others, so in writing this post I hope to feed this process.

Does the presence of male role models support boys with English as an additional language (EAL) to write in the early years?

At the time of carrying out this research project I was a Reception teacher in a three-form entry primary school in Greater Manchester, where over 90% of pupils were EAL learners from a diversity of cultural and ethnic backgrounds.

Why do the research?

Girls outperform boys at the expected standard in reading, grammar, punctuation and spelling and writing. The gap is largest in writing.’

The children in the class that I was teaching were from a diversity of ethnic backgrounds that included Arabic, Albanian, Urdu, Kurdish, Dari Persian, Punjabi, Somali and Russian speakers. How the children interacted with this research project was inevitably influenced by their backgrounds and experiences.

Every Early Years setting has its own unique culture made up of all the learners, practitioners, parents and the wider community.’

Barriers and challenges for EAL boys

After carrying out an extensive literature review the key barriers and challenges for EAL boys were:

Before the project took place I ensured that the provision supported EAL learners to get the most from the opportunity. From the use of pictorial aids and Makaton, to bilingual support and home language paired reading buddies, I worked to remove as many barriers as possible.

What the project entailed

This action research involved me introducing ‘male role models’ to a Reception classroom. The children were involved in selecting the visitors, through age appropriate activities.

A crucial aspect of early literacy development is personal autonomy – the clear establishment of a sense of control over one’s learning experiences.’

The male visitors were integrated into daily practice and writing activities were introduced in order to support their presence in class.

The visitors included; The Manchester City goalkeeper Alex Williams MBE, a local policeman, a ‘muscle man’ – supplied by Commando Joe, The poet Dommy B (who had visited us previously and made a big impression), a youth worker from the Mosque, the Headteacher and Batman (one of those colleagues you can’t live without!)

Through various data collection methods I captured the children’s perceptions, attitudes and engagement with writing before, during and after the project. In order to find out about writing perceptions and approaches in the home I also involved parents.

The hard bit – what I learnt, in a nutshell…

Nearly all of the boys were supported by a female writer in the home and surrounded by female writing role models at school. This was not, at all, detrimental to the boys perceptions of males as good writers, which was evident even before the introduction of male role models to the setting. Other emerging themes when studying the boys perceptions of ‘a person who writes’ were grown ups and superheroes (of course). 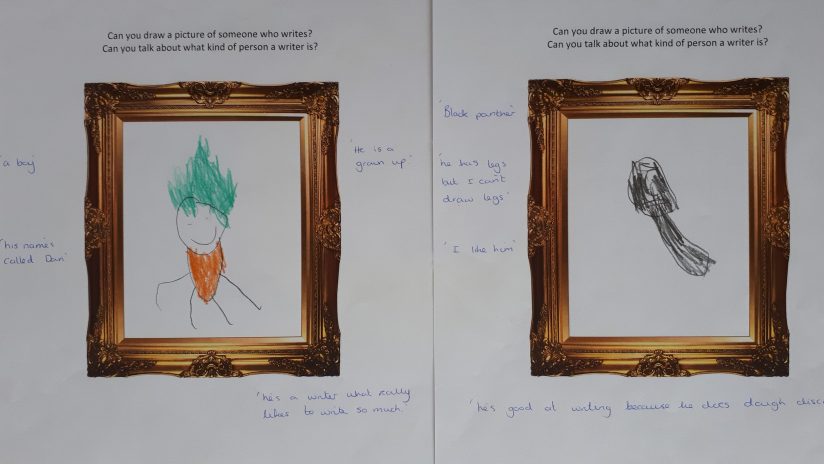 ‘My writer is a boy, his name’s called Dan, he is a grown up, he is a writer that really likes to write so much.’

‘Black panther, he has legs but I can’t draw legs. I like him. He is good at writing because he does dough disco.’

The research suggests that the children selected the role models because they were interested in their jobs and activities rather than their gender. They were male because of the children’s direct experiences with people in the community – the youth worker, headteacher and poet, for example, and because of existing stereotypes, where men fulfill traditional gender roles (especially in a very traditional community).

Young children already have very rigid ideas of gender-appropriate behaviour by the age of three.’

It therefore may be helpful to introduce boys to non stereotypical male and female role models in order to diversify their opportunities to write.

This project, alongside other exisiting research showed that boys were motivated by, and enjoyed writing for real-life purposes. In order to support EAL boys to write in the EYFS it is therefore important to provide writing opportunities that fill the space between home and school.

There was a significant increase in independent writing activity, all of which fulfilled a purpose in the context of the writing project. Because the boys were more actively involved in writing they began to perceive themselves as writers.

After the intervention had taken place the data showed that the children saw themselves as writers, felt that they were good at writing and perceived writing to be easier than they had prior to the intervention.

Where the resources are meaningful to the learners’ experiences, they will more likely see meaning when involved in discovery, which is essential for learners with EAL.’

For the duration of the research project we not only condoned but celebrated the boys learning styles and choices, embracing ‘superhero’ and ‘boys’ play; the good the bad and the ugly.

Accepting individual play preferences, builds confidence, promotes engagement and engenders the perception of the ‘self’ as a writer. 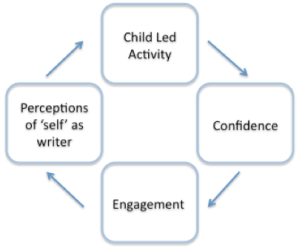 Children and young people who enjoy writing very much are seven times more likely to write above the level expected for their age.’

The data and analysis overwhelmingly points towards child-led learning as a means to support EAL boys to write in the Early Years, incorporating and accepting the child’s ideas at the planning stages of delivery.

Gender was not as relevant as initially expected. What was important, were the ‘jobs’ of each individual and that opportunities were provide to write for real-life context. It would, however be helpful to deliver initiatives that seek to overcome traditional gender roles in order to diversify writing opportunity.

The above should be approached in the context of good practice for EAL learners this could include using visual aids, bilingual support and building talk as a foundation for writing, all of which were acknowledged in the delivery of this project.

I also learnt that it’s easier than expected, really good fun and a learning opportunity in itself to get people to visit the classroom for free. We all had a really good time writing!

TALLENT, L. WILSON, G. 2016. Boys Will Be Brilliant! How we can help get it right for boys in the early years, London: Bloomsbury

A Reception Teacher with experience of managing children and young people's projects in the corporate and charity sectors. View all posts by lifelovesandlearning

This site uses Akismet to reduce spam. Learn how your comment data is processed.

Today I want to read about